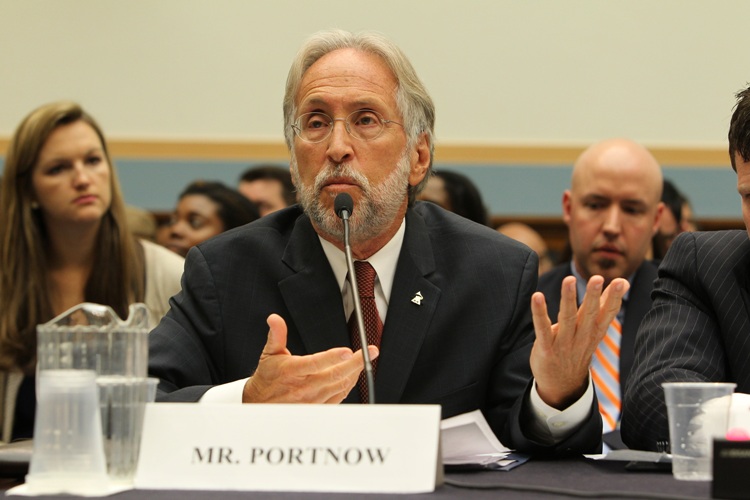 On the heels of the House Judiciary Committee field hearing on copyright issues hosted during GRAMMY® Week, Chairman Bob Goodlatte (R-Va.) and Ranking Member Jerrold Nadler (D-N.Y.) today introduced the Music Modernization Act (H.R. 5447). A victory for all music creators, the bill brings music legislation into the 21st century and harmonizes the music industry with one comprehensive piece of legislation that aligns copyright law with the new music ecosystem, a position advocated by the Recording Academy™ since 2014, when Academy President/CEO Neil Portnow testified before Congress.

The bill unites provisions from four previously introduced bills—the Allocation for Music Producers (AMP) Act, the CLASSICS Act, the Fair Play Fair Pay Act, and a songwriter-specific version of the Music Modernization Act—under one legislative umbrella to ensure advancement and protections for all music creators. Key issues the bill addresses include:
Creating a new collection entity to ensure that songwriters always get paid for mechanical licenses when digital services use their work
Establishing the same fair, market-based rate standard for both artists and songwriters whenever the government sets royalty rates
Closing the "pre-1972 loophole" so that digital services will pay legacy artists the compensation they deserve
Recognizing producers and engineers in copyright law for the first time and protecting their right to collect royalties from SoundExchange
Improving the rate court process for ASCAP and BMI so that they can secure fair market value for their songwriters
"Since first proposed four years ago at GRAMMYs on the Hill®, it has been a goal of the Academy and its members to pass a music omnibus, or 'music bus,' bill that helps our songwriter, performer, producer, and engineer members," said Portnow. "With the introduction of the Music Modernization Act, this dream of bringing fairness to all creators is now close to reality."

Recording Academy Trustee Mike Clink, record producer and engineer with credits that include Guns N' Roses, Megadeth, Metallica, and Mötley Crüe, testified recently from a producer's perspective on the need for this unity bill, stating, "In order to adequately address the copyright concerns of producers and their collaborators, Congress should pass comprehensive music licensing reform that strengthens protections and promotes fair-market pay for all music creators across all platforms."

His sentiments were echoed by his fellow Recording Academy Trustee Booker T. Jones who during his testimony said, "What we creators need is to focus our combined efforts on a single package that resolves all of these issues. As a songwriter, producer, and artist, I can tell you that creators know we’re all in this together."

Through advocacy, education, and dialogue, the Recording Academy has been championing the need for music reform for the past 20 years as the only organization that represents all music creators—performers, songwriters, and studio professionals. Through its annual GRAMMYs on the Hill Awards and Advocacy Day, the Academy brings hundreds of music creators to Capitol Hill to meet with members of Congress about the state of the music industry. The Academy mobilizes members in all 50 states each October as part of its District Advocate initiative, to meet with their member of Congress in their hometowns and show lawmakers that music lives everywhere and is an important part of their constituency.

In addition to the grassroots efforts, the Academy provides congressional testimony, works closely with the Recording Arts and Sciences Congressional Caucus, hosts congressional briefings for policy leaders and leading music creators, and partners with its 12 local Chapters across the country to advocate for local and state initiatives to help local music communities.